Your safety is our priority. Click here to learn more.

order now
< back to Cowboy Corral

From Behind the Wheel to Franchise Operations, Si Harris Reflects on his Career with Cowboy Chicken

Si Harris started working as a driver at Cowboy Chicken on Preston Road in North Dallas in 2007, and today, he is a franchise operations partner in Sherman, Texas.

During his 14-year career with Cowboy Chicken, Harris has experienced numerous aspects of the business. He has been an assistant manager, general manager, corporate trainer and franchise support manager.

While at Cowboy Chicken, he has learned to appreciate the team and treat them with respect. “Your team is your family,” says Harris.

Some of his fondest memories throughout the years have been opening new stores and carrying the fire of Cowboy Chicken to new communities. Harris’ reason for staying so long is because of CEO Sean Kennedy. “He is good people, and he hires good people,” says Harris.

Two of his biggest mentors while working at Cowboy Chicken have been Gaston Rodriguez and James Lanoux. They both took Harris under their wings early on, which meant a lot to him. 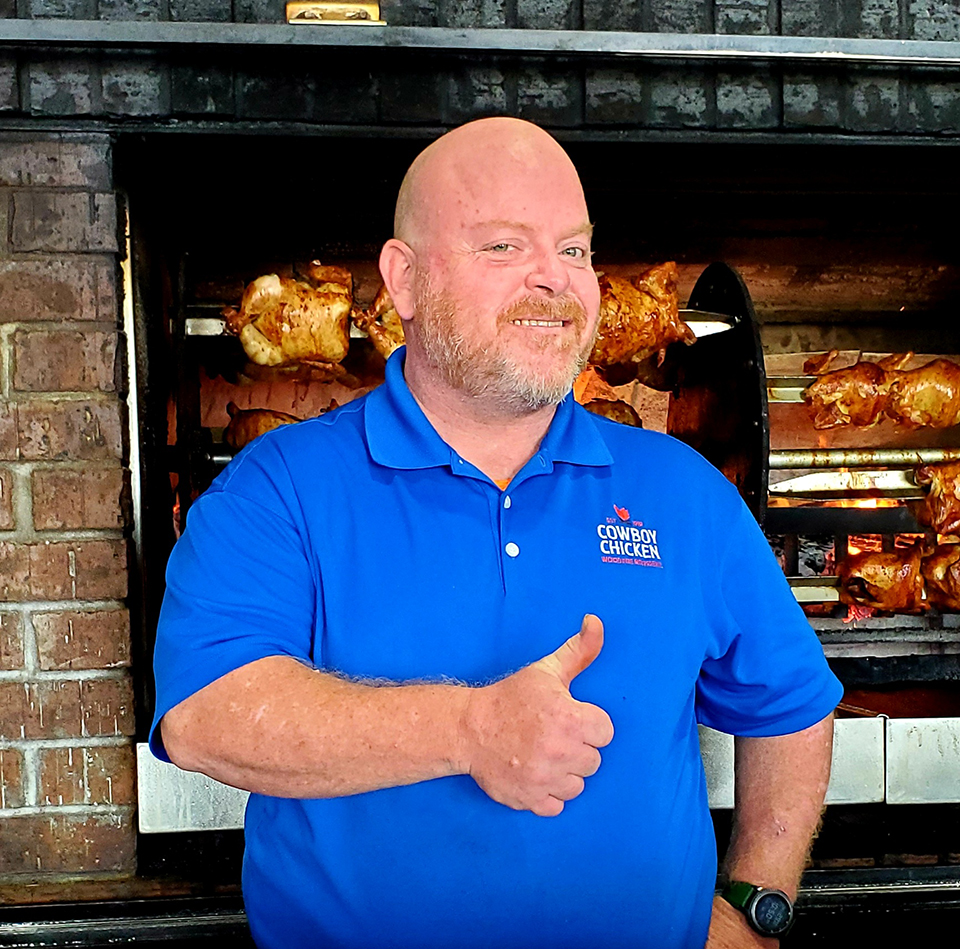