Your safety is our priority. Click here to learn more.

order now
< back to Cowboy Corral

Climbing the Ladder: Assistant Manager Started as a Dishwasher 16 Years Ago

It’s people like Juan Ortiz who have made Cowboy Chicken successful for 40 years. Juan Ortiz began working at Cowboy Chicken on Greenville Avenue in Dallas in April 2005 as a dishwasher. Today, he has worked his way up to be assistant manager of the chain’s Forney, Texas, location.

Ortiz was 20 years old when he began his career with Cowboy Chicken. Since starting, he has held eight positions: dishwasher, prep, line cook, driver, supervisor, traveling trainer and assistant manager.

One of Ortiz’s fondest memories with Cowboy Chicken happened on his first day as a dishwasher. A manager asked him for “chis” (pronounced “cheese”), but Ortiz’s English was not the best. The translation for “chis” from English to Spanish means “pee,” and he asked employees around him why the manager was asking him for “pee.” Ortiz later learned that the manager wanted cheese, and he still laughs about it today. 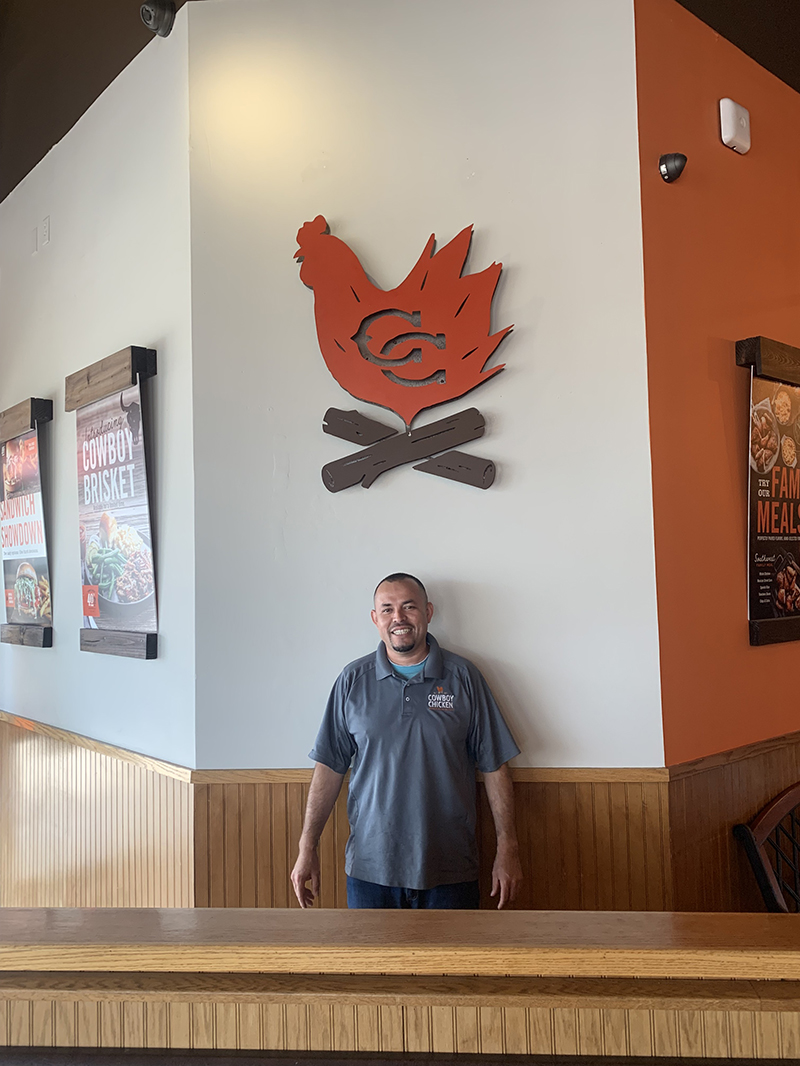